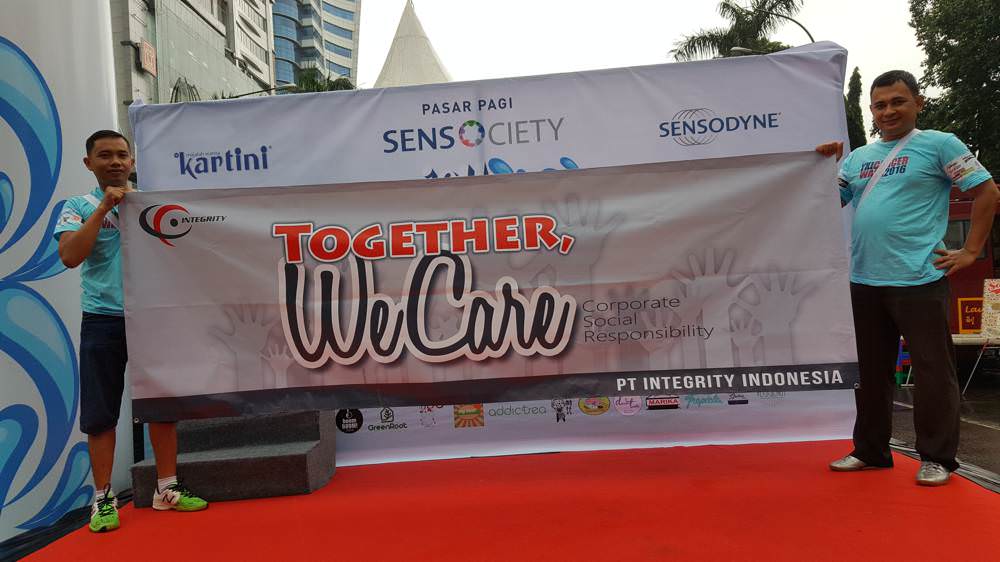 On the first quarter of 2016, some employees of Integrity Indonesia participated in an event titled Cancer Walk 2016 hosted by YKI (Yayasan Kanker Indonesia) which was attended by more than two thousand participants both corporate and individual. This event is aimed to show our concern to cancer by giving some donation to YKI (a nonprofit organization). The event was held on Sunday, 28th February 2016. The early morning pouring rain in Jakarta did not stop our employees and other participants to attend the event. Zumba dance was the first activity, and then followed by Cancer  Walk.