A Way to Eradicate Corruption in Indonesia’s Private Sector 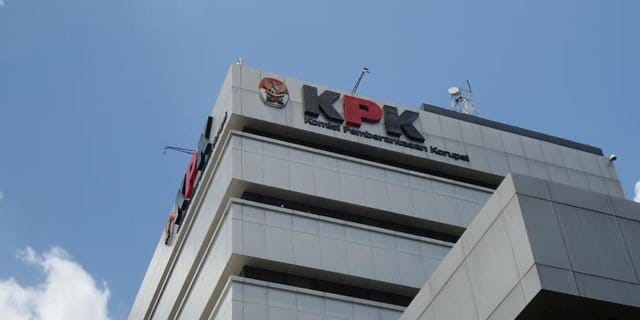 What is Certified Integrity Officer?

Known in Bahasa Indonesia as Ahli Pembangun Integritas (API), Certified Integrity Officer (CIO) is a national work competency standard that was introduced in Indonesia for the first time on the 2nd International Business Integrity Conference (IBIC) agenda which was held by the KPK (Indonesian Corruption Eradication Commission) on 11-12 December 2017.

The launch was also marked by the signing of SKKNI API (National Work Competency Standards of Certified Integrity Officer / Ahli Pembangun Integritas) by the Minister of Manpower, Muhammad Hanif Dhakiri. The standard of competence is required for experts who work to build the integrity of a company. This is in line with the Supreme Court Regulation Number 13 Year 2016 on the Procedures for Handling Corruption Cases by Corporations.

Supervision of the private sector done by the Certified Integrity Officer is actually already done by the governments of Singapore (Corrupt Practices Investigation Bureau / CPIB) and Malaysia (Malaysia Anti-Corruption Commission / MACC). The authority of anti-corruption institutions in neighboring countries is not only limited to the supervision, but they also have been able to crack down companies that violate the law.

What does it take for a person to be CIO?

According to the KPK, they are currently preparing a Certification Scheme that lists the basic requirements for those who wish to obtain CIO certification. The requirements are as follows:

However, the two are rudimentary at most. Substantially, the CIO’s candidates must master each of the following competencies:

“As for things that will be tested from each of these competencies, its assessment tools will be prepared in May later,” said Zulfadhli Nasution, A staff member of KPK’s Task Force for Private Sector or Satuan Tugas (Satgas) Tim Swasta KPK.

Nasution added that the existence of CIO was not mandatory for the private company, as no regulation requires it. However, CIOs can be an element of corruption prevention in any corporation because CIO is set as a preventive function.

In the Supreme Court Regulation No. 13 Year 2016 on the Procedures of Handling Criminal Cases by Corporations, Article 4 paragraph (2) letter (c), it is mentioned that a corporate can be convicted for three element, one of which is if it provides no prevention system. The KPK is preparing a guidance on the prevention system for corruption by corporations, one of the elements of preventive commitment is to have individuals/work units as implementers of the system. Thus, the assessment of corporate error can be seen from the extent in which a corporation also allocates its human resources to build a preventive system.

“This is indeed any big company that require to have compliance function or Multinational Company or Company that has reached maturity level. Meanwhile, for Micro, Small and Medium Enterprises, as long as the company has compliance function, it is allowed. to have CIO. If it does not has compliance function, then the KPK can encourage the implementation of the Corruption Prevention Guidelines for the SMEs. This guide is currently being drafted,” said Roro Wide Sulistyowati, Head of KPK’s Task Force for Private Sector.

Within the Certification Scheme, there will be the Code of Conducts for CIO. For anyone who is indicated to violate the Code of Conducts, his or her competency certificate may be revoked. LSP (Institute for Extension Certification) of KPK also has an Ethics Committee that can follow-up if there is a CIO that violates the Code of Conducts. “However, good governance and managerial systems must also be established in a corporation in order to ensure everyone is constantly reminded of the importance of implementing integrity,” said Zulfadhli Nasution, Staff of KPK’s Task Force for Private Sector.

Then, in the certification scheme, there is a clause regarding Certificate Freezing and Certificate Revocation. Freezing and revocation of certificates are conducted if a holder of a competency certificate is found to be in violation of the certificate holder’s obligation and may be detrimental to the LSP of KPK. “This means that if a CIO in a company commits a fraudulent act by violating its obligations (for example, not reporting any potential corruption to law enforcement officials even if he or she knows it) then the certificate has been frozen and revoked under the LSP of KPK’s Ethics Committee.” Head of KPK’s Task Force for Private Sector, Roro Wide Sulistyowati, confirms.