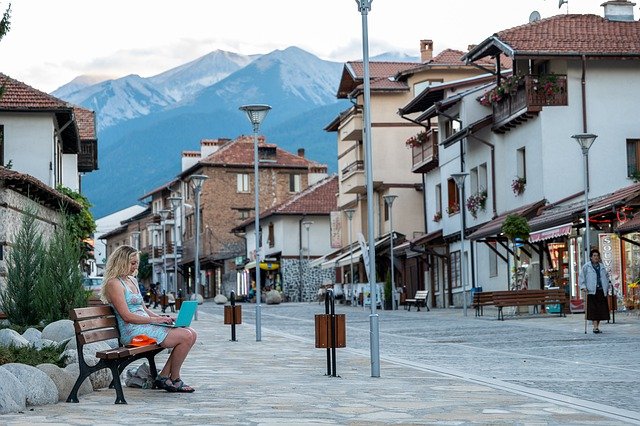 Indonesia’s Tourism and Creative Economy Minister Sandiaga Uno is encouraging innovative approaches within the tourism industry in order for it to survive the ongoing COVID-19 pandemic, which includes attracting digital nomads. As a matter of fact, the digital nomad industry has been booming since recent years.

According to a study titled In Search of a Digital Nomad: Defining the Phenomenon, the term “digital nomad” is described as a category of mobile professionals, who perform their work remotely from anywhere in the world by utilizing digital technologies.

Basically, digital nomads are those who work remotely – from Bali’s beach, Koh Lanta, serene lakeside cabins in Barbados, literally from anywhere on Earth. There is no territory limit for digital nomads. They can cross domestic and international borders as long as they can connect to the internet.

While the majority of digital nomads are freelancers, others are employed by companies. This, in particular for employees who travel international borders, will impact the requirements for immigration paperwork, imposing obligations on both employees and employers. If a digital nomad has a run-in with immigration officials, the employer could potentially be held liable

The rise of digital nomad

According to a study titled The History of Digital Nomadism, the term digital nomad can be traced back to the earliest iteration, which seems to appear in the 1980s and the emergence of a range of technological innovations necessary for digital nomadism, such as The Transmission Control Protocol/Internet Protocol (TCP/IP) and the first consumer laptop by Toshiba. While we may think of working from home as a new normal, it is actually an old normal, which was applied by the behemoth J.C. Penney when they began to employ home-based call center agents.

According to Global Workplace Analytics, the remote workforce has increased by 140% since 2005. Digital nomadism has really came into its own shape in the present decade with quantum leaps in digital technology, e.g., Wi-Fi, cloud computing, smartphones, co-working spaces, cryptocurrencies, etc. Interest in the digital nomad lifestyle has been growing steadily since 2014 based on the growth in Google searches for the phrase, according to Techmonitor.

The beginning of 2020 was a big shift in the digital nomads trend. The pandemic has made it difficult for digital nomads to move frequently due to large-scale border closures, social restrictions, and the accompanying health risks. Many of them opt for longer-term stays instead.

However, it has paved the way for bigger moves toward working away from the office. According to MBO Partner, the biggest shift is that traditional job holders have been unleashed from their offices and many, instead of staying in one place, are taking to the road. In 2020, the number of traditional workers working as digital nomads grew to 96%, from 3.2 million to 6.3 million.

Unlike Estonia, Dubai, Germany and other few countries that have provided digital nomad visas, in Indonesia, it is still a grey area. To avoid any potential issues with immigration, employers must make sure that their candidates or employees are compliant with the laws of the right to stay and right to work in the country.

Presidential Decree No. 21 of 2016 concerning Visa-free entry only limits a person to be in Indonesia for 30 days. As for the Presidential Decree no. 20 of 2018 concerning the use of foreign workers in Indonesia, it only regulates companies in the country that employ foreigners. In Article 1, it is stated that Foreign Workers, referred to as TKA, are foreign citizens holding visas with the intention of working in Indonesian territory.

Basically, a foreign digital nomad who enters Indonesia without a working visa is not allowed to do any gig from companies in Indonesia, let alone do permanent jobs as an employee or contractor. This has to be the thing that employers in Indonesia have to check before hiring any foreigners. An Indonesian company can be held accountable for employing illegal foreign workers if they employ foreign digital nomad who enters the country with Visa-free entry.

So, are digital nomads subjected to tax?

Article 2 paragraph (3) of the Income Tax Law confirms that domestic tax subjects are individuals, both Indonesian citizens and foreigners, who reside or are in Indonesia for more than 183 days in 12 months or one tax year, and have the intention to reside in Indonesia.

In Indonesia, digital nomads can be subjected to tax if they meet at least one of the provisions of the domestic tax subject as stipulated in the Income Tax Law. However, a digital nomad may choose not to be taxed in Indonesia if the country of origin has a Double Taxation Avoidance Agreement (P3B) with Indonesia.

Image by Matthias Zeitler from Pixabay