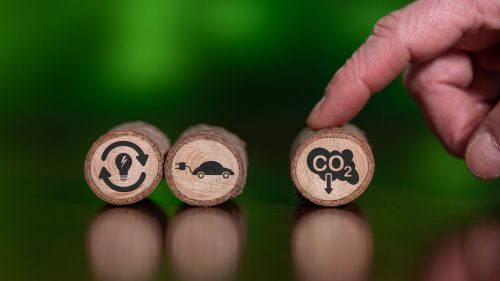 While the public’s memory of the Dieselgate mega scandal of 2015 remains fresh in their minds, a similar scandal recently unfolded involving a Japanese automaker, Hino. In early March 2022, at the request of the relevant authorities, this Toyota subsidiary conducted an internal investigation and disclosed findings of fraudulent emission data to the public.

The element of pressure

A Hino factory was caught falsifying emission data by replacing the exhaust system during the emission testing period in order to obtain test results according to eligibility standards.

Quoted from the media, the fraudulent act was carried out because of the pressure to produce vehicles of large volumes according to a tight schedule. This pressure pushed them to ignore the rules.

As stated in the fraud triangle theory, pressure can be a driving factor to commit fraud.

With such high pressure, the factory considered that manipulating emission test results would be a rational solution to meet commitments and eligibility standards instead of taking time to improve product quality.

Hino’s acknowledgment became a turning point into a new chapter after approximately two decades of facts that showed problems in emission technology in its auto machines.

On the other hand, good governance is needed to mitigate fraud risk. In the ESG principle itself, governance is a pillar that is assessed by investors to ensure the company’s commitment to fulfilling its responsibilities on environmental and social issues.

The aftermath of this scandal was the expulsion of the company from the Commercial Japan Partnership Technologies Corporation (CJPT) consortium because Hino’s products were deemed unable to fulfill the consortium’s goals, which is to educate the public about the importance of environmentally friendly vehicles.

At the same time, governance issues are inextricably linked to a corporate culture that discourages transparency, as was evident in the Dieselgate scandal. In practice, the company discourages employees from voicing their concerns.

This is similar to a statement provided by the committee investigating the case. They reported that the company did not provide a safe or comfortable environment for their engineers to speak up.

Similarly, the President of Hino told the media that the organizational structure and culture made it difficult for information to reach the management level, thus creating an environment conducive to conceal mistakes.

Detecting fraud as early as possible

Learning from the Hino scandal, establishing and implementing good governance is a critical investment for the company’s long-term health and compliance with ESG standards.

To accomplish this, the organization must implement rigorous internal controls. One method is to put in place a whistleblowing system. Employees can use this mechanism to report concerns, red flags, or fraudulent findings. According to numerous studies, whistleblowing can be used as an early detection tool for fraud.

Lower-level employees frequently recognize the warning signs and witness the ongoing fraud schemes firsthand. The earlier an employee reports these fraudulent behaviors, the earlier the fraud is detected, and thus the smaller the company’s loss.

Companies, particularly their leaders, must always set an example, encourage, and create a conducive environment for employees to report in order for the whistleblowing hotline to function effectively.