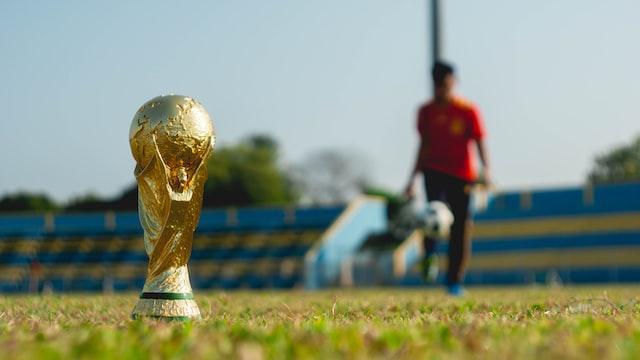 The FIFA World Cup 2022 is finally here. The results of the world’s largest soccer tournament, which is being hosted in Qatar, have shocked the world. Argentina was unexpectedly defeated 2-1 after Al-Dawsari, the underdogs of Saudi Arabia, delivered a stunning goal in their 2022 World Cup opener.

One day later, Samurai Blue of Japan pulled off the second biggest upset this year by claiming a famous victory over one of the tournament favorites, Germany. And just a couple of days ago, Morocco claimed a surprising 2-0 victory over Belgium.

The upset victories were only glimpses of the spotlights that adorned this grand event. FIFA, as the organizer, has not been spared the spotlight regarding the alleged numerous financial scandals of its executives that have emerged since 2015, including the alleged scandal in selecting Qatar as the host of World Cup 2022.

The scandals are depicted in the new documentary series, FIFA Uncovered, which was released by Netflix eleven days before the 2022 World Cup was held. The documentary also interviews some key figures in the scandal, including former FIFA President, Sepp Blatter.

FIFA is more than simply a non-profit football organization. This four-part documentary series exposes how this organization has much more influence and power than the general public thinks. Since its inception in 1904, the organization has evolved into a worldwide company, license-holder authority, and even a political machine involving state politicians.

FIFA’s World Cup is the largest tournament in the world, broadcast in almost every country, causing millions of fans to go to the streets. From well-known brand sponsorships to advertisements, stadium tickets, and television rights, large amounts of money are coming at an incredible pace for FIFA.

As a result, this once-every-four-year event has become a money machine, giving FIFA and its president enormous power and influence over numerous nations. As the adage “Power tends to corrupt. Absolute power corrupts absolutely”—through this power, the corruption and other financial scandals within FIFA began.

The docuseries opens with footage of the arrests of 14 FIFA executives on allegations of corruption, bribery, racketeering, and money laundering in 2015 by the Federal Bureau of Investigation (FBI) and the Internal Revenue Service Criminal Investigation Division.

These executives were later charged with violating the US financial system based on the findings of various cases, including conspiracy with top officials of the South American Football Federation (CONMEBOL) and the Caribbean Islands (CONCACAF).

Furthermore, this documentary shows systemic financial scandal after scandal. From the bribery scandal of former FIFA president Joao Havelange, namely EXCO’s vote-buying in the 1998 FIFA Presidential election which put Blatter in the seat of power, to the most recent alleged bribery case in the election of Russia and Qatar as hosts for the 2018 and 2022 World Cups.

One of the most notable accusations is a $10 million transaction from South Africa with the subject of diaspora bonds to two FIFA executives: Jack Warner and Chuck Blazer. No program for the South African diaspora was ever created with these funds and it was later proven that it was a bribe to select South Africa as the host of the World Cup in 2010.

Of all the scandals that lasted for more than two decades and involved key people around him, Blatter was never charged by the US authorities because there was no strong enough evidence to convict him.

Finally, the discovery of a record of unauthorized transactions to UEFA President Michel Platini amounting to 2 million Swiss francs forced Blatter to abdicate in 2015 after leading FIFA for 17 years. He and Platini were accused of fraud.

This accusation was not proven in court. However, due to violations of the FIFA code of ethics, Platini was banned from the world of football for 8 years, and until 2028 for Blatter.

The roots of a corrupt culture

Financial scandals inside FIFA have lasted decades due to a culture that does not encourage transparency. This is evident from the non-profit organization’s lack of control prior to the arrest of its officials.

In fact, when Blatter said he wanted to reform FIFA to be more transparent in order to restore public trust, it only led to a status quo. One of them is because FIFA does not involve outside independent parties in oversight of its organization, but only an internal ethics committee which Blatter claims is independent but is actually paid by FIFA.

In fact, in many cases, altering a culture is not enough just by tone from the top, but must be followed by walking the talk. Unfortunately, Blatter did not do so as a leader.

Former FIFA Governance advisor Alexandra Wrage said that she did not expect Blatter’s authority to be so absolute and his resistance to reformation to be so strong. The situation made it difficult for her to carry out her duties and make an impact. The governance recommendations from her advisory panel were not heeded by FIFA.

Where will FIFA go?

Oversight of the company should ideally include both external and internal stakeholders, and various compliance tools should bolster it. FIFA implemented this reform under the leadership of Gianni Infantino.

However, two Switzerland special prosecutors are investigating him for “indications of criminal behavior” during covert (undocumented) meetings in 2016-2017 with former Swiss attorney general Michael Lauber, who oversaw the investigation into the 2015 FIFA corruption scandal.

The fact that Infantino is staying in Qatar has also caught the attention of the media, which assumes it has something to do with the pressures he is now under in Switzerland. The occurrence of this case became ironic for the leader who claimed to restore the organization’s accountability and integrity.

Regardless of how the Swiss court rules against Infantino, the case still raises the question: “Where will FIFA go?” in the eyes of the public.

Learning from the FIFA case, all organizations should remember that no organization is fully clean or immune to fraud, since fraud is always possible. The presence of sufficient controls, however, may reduce the risk of fraud.