Celebration of the 20th Anniversary of Integrity Asia 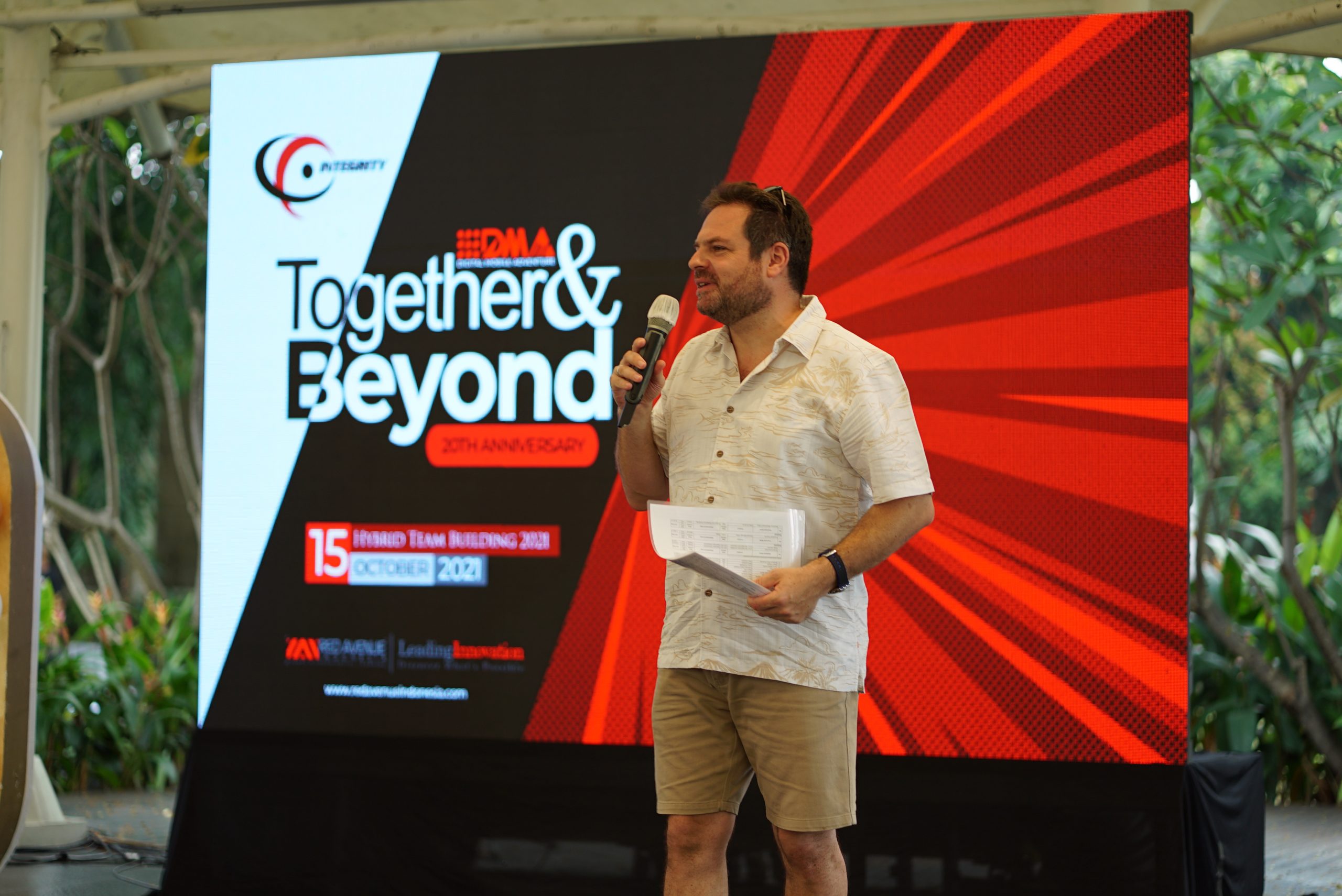 October 2 has always been a special day for Integrity Asia. This year, the company marked its 20th year with the theme “Together and Beyond.” The birthday celebration, which took place on October 15, 2021, was unique from previous years in that it was carried out in a hybrid way – offline and online – with participants spread across five major cities in Indonesia, Malaysia, and Thailand.

On this joyous occasion, Mr. Edouard Helfand, Managing Director, remarked that reaching the age of 20 is an extraordinary achievement, thanks to the efforts and contributions of all employees since the company’s inception in 2001. He also expressed his appreciation to all participants who came and took the time to present an entertaining team performance amidst the hectic schedules.

The event started with an ice breaker and remarks from the Managing Director, as well as the introduction of new employees who joined in 2021. A team building followed suit, which was attended by all employees from three countries in a hybrid format. The event was also enlivened by a variety of entertaining performances from each department and the distribution of various attractive door prizes. On this occasion, Integrity Asia awarded employees who have been with the company for 5 to 10 years. The winner of the Catch Me at My Best Award, an award for the best performing employee, was announced alongside the winner of the main prize from one of the company’s programs, Knowme Journey. The prize was in the form of travel vouchers.

Finally, the event concluded with a group dinner accompanied by musical entertainment with the hopes of bringing all employees together offline for the company’s 21st anniversary celebration.