Whistleblowing System, one solutive way to disclose the fraud of Binomo investment 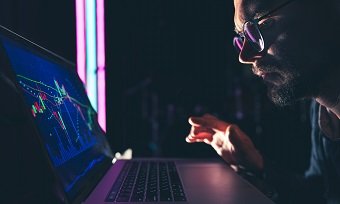 Binary Options or better known as Binomo is one of the phenomenal investment methods that has attracted the attention of people around the world. This trading platform, which started in 2014, is a product of a company named Dolphin Corp located in St. Vincent and the Grenadines, Caribbean islands.

Currently, this system that offers huge instant income serves 30,000,000 trade traffic per week and reaches more than 133 countries, including Indonesia.

However, this online business system was tarnished by the arrests of Doni Salmanan, Indra Kenz, and Fakar Suhartami in Indonesia. They were suspected of doing fraud under the guise of Binomo practices.

Based on data from the National Police’s criminal investigation, as of March 10, 2022, the total losses suffered by the victims of Binomo platform in Indonesia reached more than 30 billion Rupiah. The value of these losses continues to grow since many victims have yet to report their losses due to this investment.

The foreign currency-based trading system invited brokers to use binary options systems, which are actually still controversial. One of the things that makes it controversial is that this binary trading scheme can be classified as gambling in the financial market.

Why is it classified as a gambling system? Participants will only depend on luck, without asset guarantees. This was confirmed by the Indonesian Commodity Futures Trading Regulatory Agency (Bappebti).

Therefore, the Indonesian authorities firmly did not issue a permit to Binomo. Thus, it can be explicitly said that this future investment system is illegal in Indonesia.

Binomo is also classified as an unlicensed operator. The Ministry of Communication and Information (Kominfo) blocks and prohibits this online trading system.

Banning and access blocking of Binomo in Indonesia does not seem to make the system disappear. There have been many victims of fraud under the guise of Binomo. In addition, new domains continue to appear using the Binomo name.

Currently, the Indonesian police have arrested around eight perpetrators of fraud under the guise of Binomo. Unfortunately, the victims were not able to get their money back. Because it is an illegal investment, the victim’s assets are not guaranteed and protected by the Financial Services Authority (OJK).

Massive promotions by promising profits of around 80-85% of the paid-in capital and the use of influencers who use the “flexing” promotion method by showing off the wealth of trading results are hard to resist for some people who want quick profits and are easily tempted by sparkling wealth.

The “duo” Indra Kenz a.k.a Indra Kesuma from Medan and Doni Salmanan from Bandung were successful in exploiting this weakness. More than 10,000 people have been lulled by their lures.

One of the post-event actions that can be taken is to gather and encourage the victims to make a claim or report together. The joint actions taken by the victims will also be educational to the public. This will be a lesson that Binomo and other trading investment systems are illegal and harmful.

In Indonesia, one of the joint actions was carried out by the Binary Option Victim Coordinator, which was coordinated by Maru Nazara. This movement was aimed to evoke more whistleblowers.

Simultaneously, the National Police with the Directorate of Special Crimes (Tipideksus) Bareskrim, headed by Brigadier General Whisnu Hermawan, built a hotline system for the victims of Binomo. Victims can report Binomo fraud via Whatsapp at 0812-1322-7296. In addition, victims can also file reports via the Instagram account @posko_robottrad_binary_option_dittipideksus.

Bappebti explained that banning or illegalizing the binary options systems, such as Binomo, stems from concerns that the public may be influenced by misleading advertisements, promotions, and offers to participate in fraudulent practices operating under the guise of binary options trading.

There are four aspects that need to be known before investing. First, don’t be quick to believe that there are investments that offer high or unreasonable returns. Especially if the investment company does not have a clear underlying asset.

Secondly, check the license or legality of the investment company. If you have doubts, you can contact Integrity Asia, a trusted company that offers investigation, vendor screening, and background screening services. With more than 20 years of experience, Integrity offers comprehensive checking for you to be able to make an informed decision.

Third, ask for transparency in the prospectus of risks, losses, profits, and so on from investment companies. Fourth, don’t be easily influenced. Stay critical, even though investments are promoted by influencers.

Do not easily believe the “flexing method” by influencers, regardless of the number of their followers. Be wise before you invest your money.